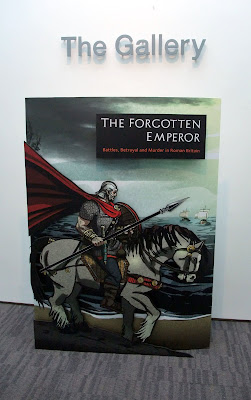 The Winchester Discovery Centre (Winchester's Library) currently has an exhibition on "The Forgotten Emperor" that is the Roman Emperor Carausius. Winchester is more associated with the Saxons (King Alfred the Great etc) than the Romans, but long before the Saxons the Romans ruled Winchester, from 70-410 AD. In those days Winchester was called Venta Belgarum, meaning the marketplace of the Belgae (a local tribe).

In the late 3rd century AD the Roman British Feet was commanded by Carausius. Britain was often raided by pirates looking for treasure and slaves and it was Carausius's job to stop them. However there were allegations of corruption, theft and pirate deals, which lead to Carausius's execution being ordered by Rome. When Carausius learned of this sentence he responded by declaring himself Emperor of Britain and northern Gaul (France). He appears to have appealed to native British dissatisfaction with Roman rule, he issued his own coins printed with Restitutor Britanniae (Restorer of Britain) and Genius Britanniae (Spirit of Britain). However he was eventually assassinated by a rival in 296AD.

Unfortunately there is now very little that is visible of the old Roman town above ground in Winchester. At the exhibition there are a number of local finds, below some of the coins Carausius had minted 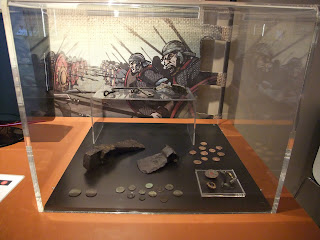 And a Roman Amphora found nearby in Southampton water 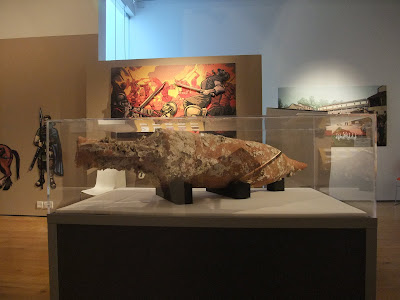