The former St Peter's Chapel, now known as the Milner Hall, lies tucked away between St. Peter Street and Jewry Street. For more than three hundred years it was hidden from passing view by a heavy black door. In 1989 the door was replaced by an elegant wrought iron gate through which the Hall stands framed by the arch. 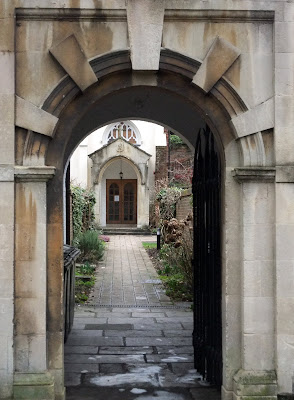 The Chapel, built by Reverend John Milner in 1792, was the first Catholic Church to be consecrated since 1558. Milner was priest in Winchester between 1779 and 1803 and had a desire to see Catholic worship re-established in a proper setting after the many years of secrecy and isolation. 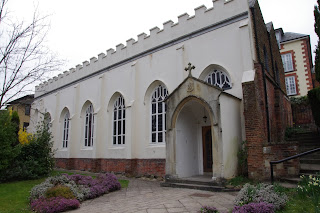 There is now a St Peter's Catholic Church and Milner Hall is used for concerts, talks, meetings and general hire.
Posted by Amanda at 04:11

Drop me a line